Zuck and His Great Leap FWD

Take a look at the top of this page. See that blue icon with the stylish “f”? That little dingus is the device that lets you easily share this content with your friends on that ubiquitous centerpiece of social media, Facebook. AICFndn. uses it, as does practically everybody, and it’s a handy tool for sharing and distributing info. Aside from being the near-perfect way for Americans and future Americans (isn’t everybody?) to sacrifice their last shred of privacy, FB has also been a financial boon to its founder, Mark Zuckerberg, valued this week at a cool $41 billion. 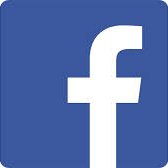 So what does Mr. Z. do with all that boodle? One of his favorite causes is something called FWD.us (pronounced “forward us,” if it sounds more than a little Obama-esque, not to mention, Bolshevistic, don’t assume that’s merely coincidental). This outfit, co-founded by Microsoft’s Bill Gates and others, is dedicated to support for “policies that keep the American Dream achievable in the 21st century, starting with”–what else?–“comprehensive immigration reform.”  That last phrase, as everyone knows by now, is code for “amnesty and open borders,” and the wonderful folks at FWD.us believe that that’s just the ticket for “growing a 21st century economy.”

What it actually is is the path to the cheap labor necessary to grow the fortunes of Messrs. Zuckerberg and Gates and their billionaire associates, but after all, they are the 21st century economy, right?

FWD.us got started in Silicon Valley in 2013 under the helm of Zuck’s former Harvard roommate, Joe Green. Sadly, Joe got the ax the next year for the usual reason: accidentally saying what he really believed, i.e., that foreign workers are cool, native-born not so much. That was too much honesty for the Big Z, who replaced Joe, ex-roomie or not, with professional pol Todd Schulte, former chief of staff of Obama’s super PAC, Priorities USA Action.

For all their pretense of non-partisanship, FWD.us is about as lefty as you can get. They just don’t think the rest of us know it. Under the guise of “Americans for a Conservative Direction,” they have even sponsored ads on Rush Limbaugh’s and Sean Hannity’s radio programs, trying to convince the yokel listeners that erasing the border is (no, really) conservative. This faux conservatism to date has fooled exactly nobody, but such cynical tactics have resulted in a few high-profile departures from the club, notably Elon Musk.

You can tune in on what the remaining visionaries are up to at their eponymous website, fwd.us, A glance down their blog postings reveals the organization’s haunting fear that someone, somewhere might someday be denied permanent residence in the United States, and we Americans will thereby forever betray Who We Are.

Currently, the group’s primary concern is stopping their billionaire nemesis and traitor-to-his-class, Donald Trump. After Trump released his immigration policy paper back in August, Schulte leapt into action, With a heartfelt screed entitled “Here’s What Mass Deportation Would Mean,” he assured his followers that sending back persons who are illegally in this country is wrong, wrong, “JUST WRONG”!

This is evidence, according to Breitbart, that Trump has  “Silicon Valley Running Scared”. Let’s hope they keep running. In the meantime, share this and other AICFndn. content on Facebook all you like. Just remember, when you’re tempted to patronize their advertisers, where that ad money is likely to end up.