The influx we’re currently seeing of caravanfuls of Central American “asylum seekers” attempting to enter the United States is feeding on money, every step of the way and back. 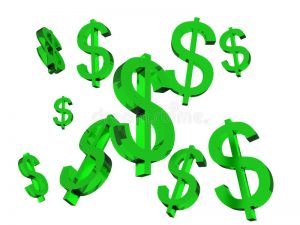 The Washington Post  reports that human smugglers have contrived a sophisticated process of delivering migrants from Central America through Mexico and dropping them off at the U.S. border. Instead of attempting to cross unseen, most then merely walk across and happily surrender themselves and the minor children accompanying them to the U.S. Border Patrol. The migrants have been briefed by their handlers and are confident that the U.S. lacks  the facilities to care for the large numbers of children and also the will to “separate families.” Authorities have no choice but to let the migrants go, where they disappear into America, mission accomplished.

The system is called the “conveyor belt” and it runs on money, maybe $7,000 per immigrant. The money is so good, the human smuggling racket thrives alongside the drug trade that it mimics.  So good, like drug smuggling, it cannot be suppressed.

But the flow of money hardly stops there. Once the migrants are in and find jobs illegally, the money again starts to flow, in the form of “remittances,” back to the home countries of Honduras, Guatemala, El Salvador, and others.  The Daily Caller reports that during this decade illegal immigrants have sent back to their home countries a record $120 billion. Last year alone, the total was an estimated $17 billion.

This southbound money is so good that it provides the three countries mentioned above with a large percentage–perhaps 20 percent–of their economies. This does nothing to encourage the governments of those countries to suppress the smuggling. It has become their life’s blood.

Congress is of course aware of all this, and occasionally argues with itself about what to do about it. Taxing it is an idea that comes up frequently. A seven-percent tax on the one-year remittances by all immigrants, legal and illegal, would pay for Trump’s wall, but Congress, being Congress, dithers, not wishing to interfere with the cheap labor dividend its financial backers are enjoying.

Meanwhile, the conveyor belt continues to run northward and the remittances fly electronically back southward, and the beat goes on.

For more on remittances, see the Political Insider.