We reported a few days ago that the so-called “Fairness for High-Skilled Immigrants” bill being pushed by Republican Senator Mike Lee of Utah had hit a rough patch with Democrat Senator Dick Durbin of Illinois. (We also reported on problems some representatives from dairy states, among others, were having with bill; more on those later.)

Neil Munro of Breitbart News, who has been following this bill, is now reporting that during closed-door negotiations this week between Lee and Durbin, the bill’s wording was changed.

The bill, all along, has had wording that would remove the country caps on green card issuance to workers holding H-1B visas. Those caps are intended not to hold down the absolute number of green card giveaways, but to prevent one country or a few countries from hogging them. 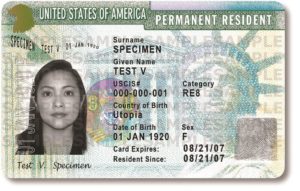 The new provisions that have emerged from the Lee-Durbin negotiations complicate the situation even more. One provision creates a new legal status for H1-B workers whose employers have submitted a I-140 form on their behalf. That request would now generate a renewable work permit that effectively gives the worker all the workplace benefits a citizen has. With that law in place, a foreign worker would be free to continue working indefinitely in this country, while awaiting his green card, however long that takes.

Munro notes, “The work permit change is potentially good news for employers and investors because it encourages foreign graduates to flood into U.S jobs and so push down white-collar salaries. The flood would also be good for India’s government because it could help more Indians get U.S jobs and move more U.S. jobs back to India via the shared U.S.-India Outsourcing Economy.”

The losers would be, as usual, American workers.

Lee’s bill, according to Munro, tries to avoid potential pushback from fellow Republicans by not, by itself, raising the total green cards granted yearly, which would only increase the likelihood of more left-leaning immigrants on the fast track to citizenship. The total number of yearly green cards is supposedly kept to around one-half million. Yet, as Munro says, “Lee’s bill is likely to dramatically increase the future inflow of Indian graduates who take U.S. jobs to get green cards, usually via the uncapped Optional Practical Training program. In time, the OPT inflow will expand the number of Indians who will lobby for more green cards — and so deliver more Democratic-voting migrants.”

(The OPT program is yet another “non-immigrant” visa-type program, this one for foreign students. This program, rife with fraud, currently gives work permits yearly to hundreds of thousands of foreign students and graduates who have paid–or had paid for them–tuition at American universities.)

Looking to the future, Munro predicts that, should a bill pass that removes the country caps, a “firestorm” of lobbying is likely to erupt among non-Indian lobbies who are finding their green cards being snatched way by Indian tech-workers. Should Congress be prompted as a result to expand the total number of green cards issued yearly, Lee will have helped to import more pro-Democrat voters, thus hastening the nearly inevitable advent of one-party rule in America.

Critical race theory is now the official ideology of the U.S. government.
https://www.usatoday.com/story/money/2021/01/20/biden-executive-order-overturns-trump-diversity-training-ban/4236891001/