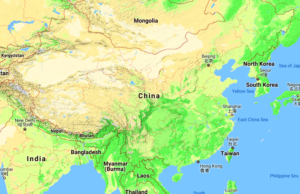 You’ve heard about the EB-5 program. It’s that U.S. State Department program where, if you’ve got enough money, you can just buy your way into America: picking up along the way green cards, citizenship, voting rights, chain migration privileges, etc. Michelle Malkin talked about it at length in her 2015 book Sold Out, co-written with John Miano.  Literally a “citizenship for sale” program, this program, created in 1992 by Congress, solicits “investments” from foreigners, who in return receive the benefits listed above.

The EB-5 program has long been a favorite of well-heeled crooks around the world. Now, we learn from the Center for Immigration Studies that it is being used by foreign “investors” who are out-and-out security risks to America. CIS lists three such examples, involving Chinese nationals doing illicit military-related trade with North Korea, Iran, and China.

The first is Chi Yupeng, owner of Dandong Zhicheng Metallic Material Co., Ltd, a big importer of coal from North Korea. Yupeng has been revealed as an agent of North Korea, active in helping that pariah nation secure funds for its nuclear research. According to the U.S. Treasury department, he has “used a network of companies to engage in bulk purchases, wire transfers, and other transactions on behalf of North Korean interests.” He also is a half-million-dollar investor in EB-5 and is currently under indictment by the Justice department.

Second is Wang Wei (alias “Jack Wang”), the owner of several Iranian procurement front companies that illegally purchased and exported to Iran embargoed U.S. equipment for use in Iran’s missile program. In an EB-5 investment scheme, Wang laundered $500,000 of his proceeds by investing in a shady entity in Cleveland known as the Global Center for Health Innovation.

Finally, there is Shuren Qin, now a U.S. resident thanks to the EB-5 program, who is under indictment for purchasing items that “can be used for weapon delivery systems, anti-submarine warfare, mine counter-measures as well as intelligence, surveillance and reconnaissance activities.” He in turn exported those items to his native China, where they ended up in the hands of the Chinese Navy.

In conclusion, CIS.org notes that such criminality with national security implications is not new in the EB-5 program. In June 2018, Sen. Chuck Grassley (R-Iowa) wrote to then-DHS Secretary Kirstjen Nielsen quoting a government report that “confirmed 19 cases with national security concerns primarily from China, Iran, and Russia” along with another 21 possible cases.

One final note: the “Fairness for High-Skilled Immigrants” bill, which in the Senate is dubbed S.386 and is sponsored by Mike Lee (R-UT), would be a boon to wealthy foreigners, whether criminal or straight, who are looking for entry into the U.S. It was introduced in February and, while passing the Democrat-controlled House, is still under consideration by the Senate. It should be stopped.

The California left is discovering, to its shock, that foreign employees, such as Indians, are bringing their culture with them. Who knew? Can you say "untouchable"? www.aicfoundation.com/indian-workers-bring-their-culture-with-them-who-knew/ ... See MoreSee Less