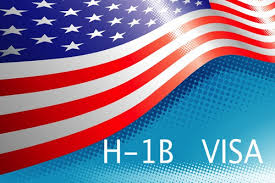 Various news agencies, beginning with NPR, are reporting that President Trump will, perhaps as soon as today, announce he is expanding the immigration restrictions announced in April and extend them through the rest of this year.

The new action, which will be in response to the 30 million American workers still idled by the Wuhan virus pandemic, is expected to halt new foreign workers arriving in the U.S. to take jobs on visas in the following categories:

Interviewed by Fox News’ John Roberts on Saturday, the President said there would be “very little” in the way of exemptions, though NPR’s account predicted “broad exceptions” for:

We will have to wait for the actual announcement to evaluate the restrictions and accompanying exemptions, though initial reports indicate widespread support both immigration restrictionists and Americans at large.

For example, R.J. Hauman of the Federation for American Immigration Reform stated, “No matter how you slice it, this is shaping up to be a big win for American workers at a critical time.”

The chorus from the Left, of course, promises to be oppostional. Leon Fresco, a former Obama official, used characteristically bellicose and Obamaesque language in this response: “The ban on H-1B visas, which are often used to fill very niche positions that are not easily found in the American workforce, will ultimately prove to be counterproductive and is an example of using a nuclear bomb to address a bar fight.”