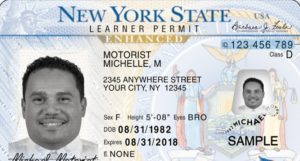 We reported on December 17 that New York State is now granting driver’s licenses to illegal aliens. With the passage and implementation of the so-called “Green Light NY” law, it joined  a dozen other states in licensing illegal drivers. It is expected to license more than 250,000 illegal aliens in the coming few years.

The Trump administration strongly objects to such laws, which it says “make it easier for terrorists and criminals to obtain fraudulent documents and also prevent DHS investigators from accessing important records that help take down child pornography and human trafficking rings and combat everything from terrorism to drug smuggling.”

In addition, as Neil Munro remarks on Breitbart News, the New York “giveaway is a boon for companies, such as Uber Eats, Door Dash, and Grub Hub, who can now trim their payrolls by hiring cheap illegals instead of actual Americans.” He notes that the New York law was pushed by a group called FWD.us, a business group founded by Bill Gates, Mark Zuckerberg, and other elites, whose mission is to “expand the flow of cheap workers and consumers into the United States.”

In response to the actions by New York and other states, the DHS has ordered an “operational assessment” of the new license rules, the results of which are expected to be used to mount lawsuits against the states involved.

The fate of the West in microcosm.

This beautiful 7yr old white girl was brutally attacked by a Somali woman in a park in broad daylight. Her throat slashed while she rode her scooter on Mother’s Day. The MSM is burying this.