The Trump administration is weighing a proposal to tighten the limits on the granting of green cards to immigrants who are wards of the state. The proposed new regulation would make sure that sponsors of foreign nationals for green cards are able to cover the costs of the foreigners’ maintenance. In addition, the regulation would prevent welfare-dependent citizens from sponsoring foreign nationals without an additional non-dependent sponsor. 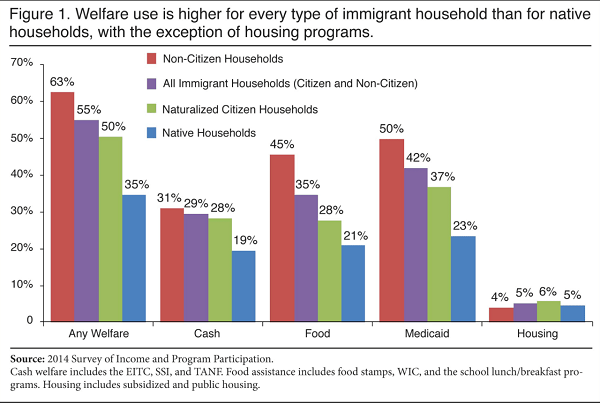 This anticipated new regulation would follow up an August 2019 change that is estimated to have saved American taxpayers nearly $60 billion in welfare, crime, and schooling costs.

An October 6 piece on Breitbart News by John Binder cites a CIS study that revealed that 63 percent of noncitizen households in the U.S. use at least one form of taxpayer-funded welfare. In California, the state with the most foreign-born residents, the percentage is 72 percent. With the foreign-born population of the U.S. now an estimated 44.5 million, most of them low-skilled, the potential for creating a massive, welfare-dependent foreign-born class is enormous. Let’s hope the new regulation gets announced and is enforced.