Apparently in an attempt to counter moves by the Trump administration to crack down on foreign guest workers during the employment crisis caused by the Wuhan virus, a number of science and medical labs appear to be mounting a Twitter-based campaign to show just how dependent they have become on foreign employees.

For example, here’s a tweet from a lab in Dallas: 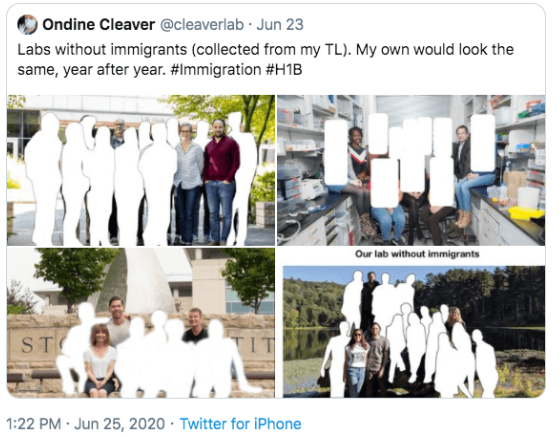 Here’s another in the same vein from another medical lab: 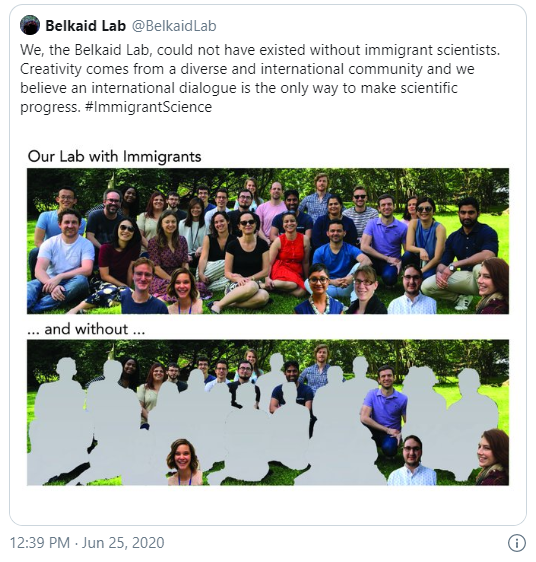 Instead of shamefacedly admitting the extent to which these labs have placed their–and our–health in the hands of non-immigrant guest workers, these outfits are bragging about it. So it goes in the globalist economy.

East meets East. Joe Biden, the Manchurian Candidate, has picked Kamala Devi Harris to be his Tamil Candidate. More Hindu than black, Ms. Harris is solidly in the collective back pocket of the Indian-dominated Silicon Valley. If you win, Joe, better watch your back, because the uber-ambitious Kamala Devi will be watching your every "gaffe." www.aicfoundation.com/kamala-devi-harris-bidens-tamil-candidate/ ... See MoreSee Less