George W. Bush, our unlamented former Republican president, is continuing two of his post-presidential hobbies–painting and pandering–in an upcoming book, Out of Many, One: Portraits of America’s Immigrants, upcoming from Penguin Random House. 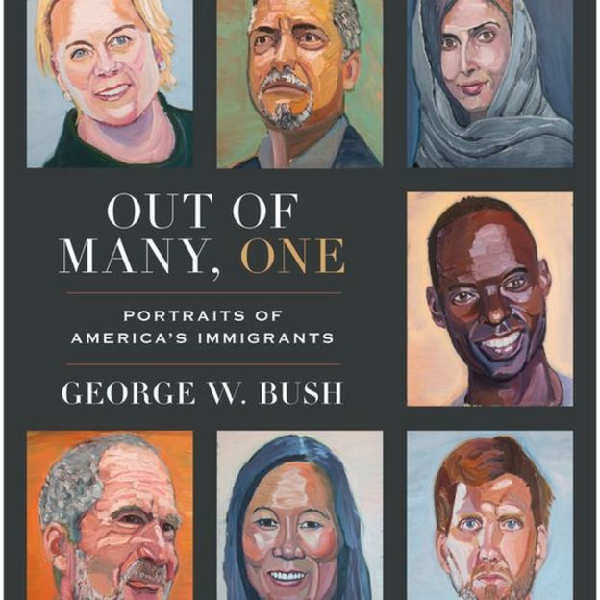 If the main title sounds familiar, it might be because the book, due out next March, will join the publisher’s list alongside a children’s biography of another allegedly great American President: Barack Obama: Out of Many, One. (It will also join David Corn’s 2004 bio, The Lies of George W. Bush, but perhaps that would be impolitic to point out.)

Advance copies of Bush’s introduction to his portrait portfolio, as quoted by the BBC, have him declaring, “My hope is that this book will help focus our collective attention on the positive impacts that immigrants are making on our country.” After all, as he is fond of emphasizing, not so originally, “Immigration is a blessing and a strength.”

Mr. Bush has been singing this song almost since he left office, and his George W Bush Presidential Center has been doing all it can to push the cheap labor scam–with the help of some dubious allies like Mike Bloomberg–to keep the borders open and the cheap labor coming through. This latest pander is just another way he’s chosen to show his true colors and make the rest of us wonder why on earth we ever voted for him.