According to an October 2 release, the Department of Homeland Security is tightening the restrictions on the legal immigration and naturalization of foreigners espousing extreme political views. 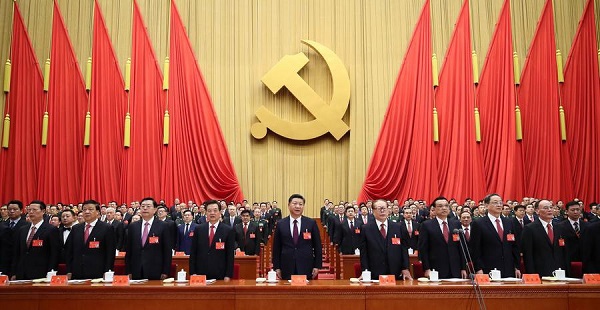 Expected to primarily impact Chinese Communists and Islamist radicals, the new regulations were announced in “Immigrant Membership in Totalitarian Party,” Chapter 3 of the USCIS Policy Manual. The document states, in part:

As noted by Neil Munro of Breitbart News, restrictions on Communist immigrants have been in place for more than a century. New to the policy manual this year is the addition of Islamism to the list of extremist ideologies to be restricted. Munro quotes Mark Krikorian of the Center for Immigration Studies, who says:

This seems like a sensible way to adjust the regulations to apply to future threats that we can’t foresee. It’s not just about the totalitarian ideology of Islamism, but other totalitarian ideologies that might pop up … It makes sense to have a somewhat broader grounds of inadmissibility so that we can keep out bad guys whose worldview we can’t foresee.

Pro-immigration groups and Communist and Islamic states are expected to object, of course. The Chinese government, dominated by the Chinese Communist Party, has already voiced its complaints. Chinese foreign ministry spokeswoman Hua Chunying expressed “strong dissatisfaction” with the announcement of October 5:

If this is true, then I think it’s very sad. We hope that the United States will end this policy, which violates the basic norms of international relations and does little to boost the image and credibility of the U.S. as a great power.

If the Chi-Coms don’t like it, it must be good.