On Friday, the streets of Washington, DC, were given over to cowboys (and one Indian), mostly from New Mexico, who were “riding for Trump” and his efforts to combat illegal immigration and building a wall. 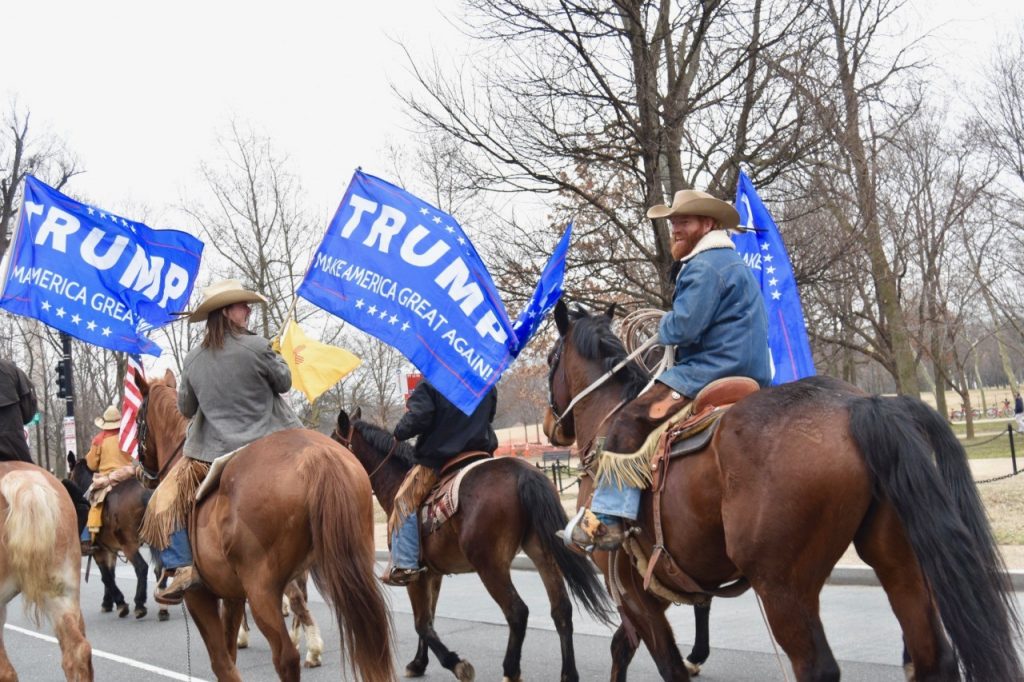 The riders, who had flown to Washington and secured horses from ranches in the area, were organized by Couy Griffin, a cowboy and county commissioner from New Mexico. Griffin carried a New Mexico flag and was flanked by John Fox, who carried a U.S. flag.

The Cowboys for Trump rode along the C&O Canal towpath from Cumberland, Maryland, to the Arlington National Cemetery.

Joining the cowboys was a lone Indian, Wolf Portugal, of the Yokuts tribe in California.

“’I’m not quiet about how I love Trump and what he’s doing,’” Portugal said, adding that there is huge support for the president across the Native American population, including for his call to secure the border.”