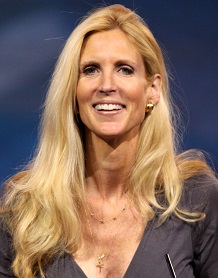 In Ann Coulter’s August 28 column–“Could I Get That Illegal ‘To Go’?“–she cites National Highway Traffic Safety Administration (NHTSA) reports that confirm what we all know: that Hispanics are vastly overrepresented among drunk-drivers.

Texas, thanks to its long border with Mexico, leads the nation in fatal drunk driving accidents. “In 2014, young Latinos were responsible for about one-third of all DUI accidents in Houston — 535 — though they made up only 8 percent of the population. . . . In 2018, U.S. Immigration and Customs Enforcement deported 80,730 illegals for drunk driving, the majority of them Mexicans.”

Drunk-driving among Latinos is no “accident.” It is, according to a 2010 NHTSA report, entitled “Alcohol and Highway Safety: Special Report on Race/Ethnicity and Impaired Driving,” virtually an integral part of Latino culture. It is in fact encouraged by parents  “among their sons as a sign of masculinity or machismo.”

Another report, issued in 2007 entitled “Priorities for Reducing Alcohol-Related Driving Among Latino Communities,” found that, in Coulter’s words, “Hispanics are wildly overrepresented in drunk driving accidents.”  This led the leftist Huffington Post to declare “Latinos At Greater Risk of Dying From Driving While Intoxicated,” thus portraying those responsible as–you guessed it–victims, not perpetrators.

Coulter documents the tendency of such mainstream media outlets as the Huffington Post, MSNBC, and the New York Times to gloss over Latino-involved drunk-driving fatalities as mere “facts of life” that don’t really count when calculating the scope of Latino crime. After all, accidents will happen.

The blindness and obtuseness of our media elites in refusing to recognize the threat on our highways posed by alien drivers culturally predisposed to drunken driving is a crime rivaling that of the drunk drivers themselves. We await something to be done about both, but we do not hold our breath.

It's not that complicated. Immigration is a labor issue. And when there are no jobs--like now--there is no need for immigration. What's to understand? www.aicfoundation.com/immigration-is-a-labor-issue/ ... See MoreSee Less

Why hasn't the military been mobilized to crush this insurrection? Why has the gov't abandoned the American people and their property to these street terrorists?

The mall has been broken into and people are trying to loot it. Other rioters started fires in the middle of downtown Portland. #antifa #BlackLivesMatter

And if the rioters come to Beverly Hills?
https://t.co/I2ZAO9gbZD