Coming to the cubicle you used to have:
H-1Bs (and a report card) 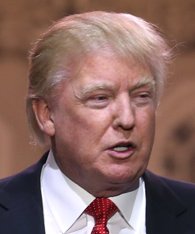 A recent San Diego Union-Tribune article, “Foreign competitors in the next cubicle” (August 23, 27, 2015), looked into the curious but familiar case of big corporations laying off American workings while clamoring for more H-1B visa allotments. We’ve examined this issue before in this space, and there was not much new here. Amazingly, employers–many of them in the high tech sector–blatantly and with a straight face, demand the ability to import more foreign labor while letting go American employees who are willing and able to do the work. In many cases, adding insult to injury, the Americans are forced to train their foreign replacements.

Prompted by the Union-Tribune report, I checked through the archives to the early days of this presidential campaign, when candidates like Mike Huckabee (Huckabee Promotes American Workers, Slams H1B Visa…., Breitbart, June 1 ) and Scott Walker (On H1B Visas: Scott Walker Will Fight For American Workers…., Red State, May 22 ) got credit for opposing the guest worker program, while Hillary Clinton and Marco Rubio got “credit” for supporting it (Here’s where Clinton and Rubio stand on the H-1B visa issue, Computerworld, April 14).

One assumes that positions taken back in that presidential spring may have “evolved” a bit here and there among the aspirants, but one thing the Union-Tribune article makes clear is the difference a summer makes. For headlining the recent article was–you guessed it–Donald Trump, the fly in the Republican ointment. Nowadays, thanks to his tough talk about illegal immigration, Trump has moved to center stage in the presidential race, stealing headlines from nearly everyone (except Hillary Clinton, of course, who makes headlines for all the wrong reasons).

Trump set the stage initially with the June 16th announcement of his candidacy. Breaking every rule in the Donor Party playbook, he immediately went on the attack regarding illegal immigrants from Mexico. Instead of then promptly flaming out and crawling apologetically back into poltical obscurity–as the playbook had predicted–Trump surged to the top of the heap, a perch he has occupied ever since, having touched a chord in America’s body politic.

Trump then solidified his stance by following up with a dynamic policy paper (allegedly authored or at least heavily influenced by Jeff Sessions), that inspired a famous Ann Coulter tweet. The paper addressed, for the first time, the issue of legal immigration, an issue held sacrosanct by both parties for generations. (Are we not–wait for it–a “nation of immigrants”?) Referring specifically to the H-1B program, Trump’s paper recommended that we:

Increase prevailing wage for H-1Bs. We graduate two times more Americans with STEM degrees each year than find STEM jobs, yet as much as two-thirds of entry-level hiring for IT jobs is accomplished through the H-1B program. More than half of H-1B visas are issued for the program’s lowest allowable wage level, and more than eighty percent for its bottom two. Raising the prevailing wage paid to H-1Bs will force companies to give these coveted entry-level jobs to the existing domestic pool of unemployed native and immigrant workers in the U.S., instead of flying in cheaper workers from overseas.

The next paragraph continues with the

Requirement to hire American workers first. Too many visas, like the H-1B, have no such requirement. In the year 2015, with 92 million Americans outside the workforce and incomes collapsing, we need companies to hire from the domestic pool of unemployed.

Trump’s (or Sessions’s) are sound, even-handed positions, a far cry from the “crackpot” ideas most of the media would have us believe about Trump. Nevertheless, looking at the NumbersUSA worker protection rating of all the candidates, Republican and Democrat, we still don’t find Trump rated highest. In the latest ranking, dated August 17, that honor belongs to the going-nowhere Rick Santorum, who receives an “A” grade overall and nothing lower than “Good” on any of 10 categories. Trump comes in second with an A-, with a “Mixed” or “No action” rating on a few categories. Compared with virtually everyone else except Santorum, however, Trump is golden. (In case you’re interested, Ben Carson gets a C-; Fiorina, a D; and the Dems all fail, with the partial exception of JIm Webb–who he?–who squeaks by with a D+.) At this point, from an immigration point of view, The Donald has trumped The Field.

Time will tell, of course, if Donald Trump will weather the fall and winter storms, but if Pat Buchanan is right and Trumpism is “ascendant,” it would be unwise to count him out.

The Supreme Court, led by the mercurial John Roberts, wouldn't let Trump abolish DACA. In response, Trump announced he would go ahead and give DACA recipients a "path to citizenship." This kind of about-face gains the President no support and risks offending his base, who've been expecting him to make good on his promises. www.aicfoundation.com/trump-and-daca-what-will-he-do/ ... See MoreSee Less

The Rise of Free Market Bolshevism:
"The long term legacy of both the New Left and the New Right ... is a class of corporate capitalist elites that are in many ways the vanguard of the cultural left."