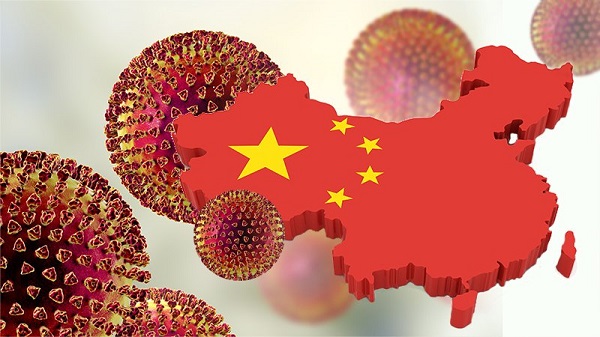 Picture this: a new and virulent disease breaks out in late 2019 in the area of Wuhan, China. The Chinese government–an all-powerful totalitarian state with ambitions–waits to announce the outbreak and initially downplays the possibility of human-to-human transmission. In the meantime, millions of the Chinese diaspora scattered throughout the world return to China, including Wuhan, where they celebrate the Chinese New Year during January. Many have already returned to their host countries, including the United States, when travel from China to the U.S. is shut down (for the most part) on February 2, as cases of the disease–now called COVID-19–began to appear in Seattle.

Now, two and a half months later, this disease exported to the United States and the world by China has trashed the world economy, thrown untold millions out of work, and killed to date approximately 95,766 people worldwide, including 16,696 in America.

And what is uppermost in the minds of China and the Chinese? In addition to scarfing up bargain stocks in the West, they want above all to keep their toehold in their generous host countries and to continue to take and hold onto hundreds of thousands of jobs and visas foolishly granted them by ignorant politicians and greedy multinational corporations.

Breitbart News estimates that at least 270,000 Chinese visa holders are currently living and working in the United States. In addition, Chinese make up nearly one third of the estimated 1.6 million foreign students in the U.S., which adds up to at least another 500,000. Furthermore, our government, in its dubious wisdom and in league with greedy university administrators and fat cat high-tech CEOs, has made it possible through a variety of visa programs and other “temporary” work permits for 100,000 Chinese graduates each year to stay and work here.

(Note that these numbers do not include the growing number of illegal Chinese in the United States, both visa over-stayers with tourist or student visas and those who get here the old-fashioned way of simply sneaking across the border.)

The new Chinese workers benefit from a network of ethnic Chinese managers that prevail throughout our largest high-tech corporations who hire and promote from within their own ranks. Many of these managers were once holders of temporary visas themselves, but have gained green cards and permanent status. They number at least an additional 50,000.

Thus, United States government officials have helped create a huge fifth column of Chinese nationals, the majority of whom work in high-tech industries in jobs they have taken from American workers.

Breitbart quotes an April 9 CNN report sympathetic to the plight of a 33-year-old software developer who had been working under H-1B auspices for a Fort Washington, PA, firm. The young woman’s visa was set to expire this year and her company was in the middle of the “arduous” process of applying for her a green card and permanent residency when her position was abolished in March due to the shutdown.

This meant the loss of the employee’s visa status as well, leaving her with 60 days to either find another job or return to China. Claiming that flying back to China might expose her to her country’s exported virus, she has opted to return to college and thereby secure a student visa. Problem solved.

By creating an enormous bureaucratic jumble of visa categories catering to tourist, guest workers and international students, and by simply ignoring the rampant fraud and illegality attending this madhouse, the U.S. has enabled its essential colonization by a foreign power ruled by a totalitarian regime bent on ruling the world.

You cannot make this stuff up.

While the decision is laudable, it is depressing to note that the free exercise of religion survived by only one vote in a country founded on the principle of religious freedom.