A group of more than 300 companies doing business in America–not to be confused with American companies–have sent a letter to President Trump and others in his administration urging him not to restrict the employment of L-1, H-1B, F-1, or H-4 nonimmigrants. Such restrictions, they said, could lead to “unintended consequences” if those companies were forced to “recalibrate our personnel based on country of birth.” (Emphasis added.) 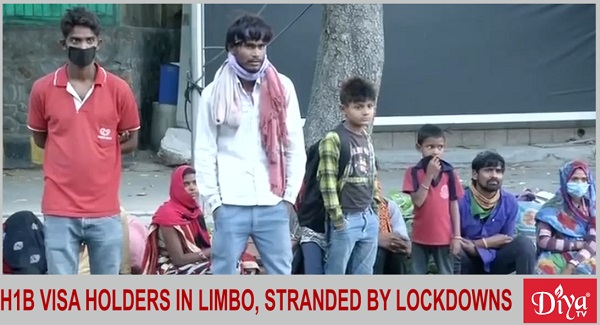 The list of signatories includes Google, Facebook, Microsoft, and many other large, high-tech corporations that have lived for decades off of these guestworker programs. Many of them have installed former H-1B recipients and veterans of other nonimmigrant programs–in practice, mostly Indians–in management positions with hiring authority. And those managers, following the deeply ingrained Indian custom of nepotism, have developed a nasty habit of hiring their own countrymen, in open defiance of U.S. anti-discrimination laws. This practice, which the U.S. government has allowed to continue with little interruption, is based exclusively on “country of birth,” but since the country in question is (usually) India and not America it is, in their collective opinion, deemed to be discrimination of the “good” kind.

Discrimination of the “bad” kind–ie, in favor of Americans in their own country–is what the letter and its supporting documentation of business-funded studies are attempting to prevent with their warnings of “unintended consequences.”

In response, Rosemary Jenks of NumbersUSA retorted, “The ‘unintended consequences’ these cheap labor advocates fear if guest worker visas are curtailed are having to hire American workers at livable wages.”

Steven Camarota, of the Center for Immigration Studies, said, “President Trump has an obligation to do everything he can to help out of work Americans get jobs, including significantly reducing the flow of foreign workers into the country.”

President Trump promised in his 2016 campaign: “I will end forever the use of the H-1B as a cheap labor program, and institute an absolute requirement to hire American workers first for every visa and immigration program. No exceptions.”

That promise has yet to be fulfilled. With formerly American companies being steadily taken over by Indian immigrants–such as Google’s Sundar Pichai, Microsoft’s Satya Nadella, Adobe’s Shantanu Narayen, and IBM’s Arvind Krishna–the Fortune 500 is determined more than ever that it never will be fulfilled.

CBP Commissioner Morgan tells Senate Committee that 95 percent of illegals intercepted at the border are being returned immediately. The total of those held in custody is down to 150-200 from last year's peak of 20,000. Great work by the CBP. www.aicfoundation.com/ninety-five-percent-of-illegal-border-crossers-turned-away ... See MoreSee Less