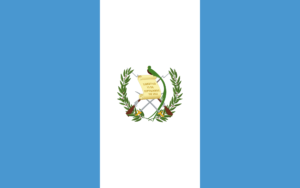 Since Guatemala’s designation in July as a country to which asylum seekers can be sent rather than be admitted to the U.S., most of those sent there so far have opted instead to return to their home countries.

The program, still in its infancy, has so far only been applied to asylum seekers presenting at a single U.S. Border Patrol station, in El Paso, Texas. The first phase is targeting adults from Honduras and El Salvador.

We reported in November that the first asylum seeker sent to Guatemala under the new agreement, a man from Honduras, arrived in Guatemala City on November 21. During processing, he chose to return to his home country. Reuters is now reporting that in the meantime, 24 additional asylum seekers have been sent to Guatemala. Of those 24, Guatemala’s Interior Minister, Enrique Degenhart, said last week that only two have elected to remain there, the rest choosing to return home.

NumbersUSA President Roy Beck said, “This is extremely telling, undercutting these returnees’ original claims that they faced too much persecution in their home country to live there.”

Degenhart’s remarks came at a meeting with Acting U.S. Homeland Security Secretary Chad Wolf, who, in a related statement, said, “For those in the region who may be weighing the option of taking the dangerous journey north, I’d strongly urge you against it. Simply requesting asylum at the Southwest border no longer guarantees release into the interior like it once did. We have ended catch and release.”

For more, see NumbersUSA. For the original article, see Reuters.

The fate of the West in microcosm.

This beautiful 7yr old white girl was brutally attacked by a Somali woman in a park in broad daylight. Her throat slashed while she rode her scooter on Mother’s Day. The MSM is burying this.