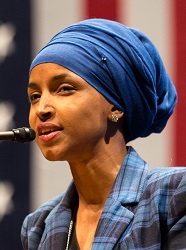 Rep. Ilhan Omar (D-MN), a native Somalian, told the Washington Post recently that she is disappointed with America, that–in the words of the Post–her American experience has been one of “racism, cruelty and injustice.” She bolstered her claims with various anecdotes, one obviously cribbed from Victor Hugo’s Les Miserables, about a black grandmother thrown into a Minneapolis jail, and then hauled into court and fined an unpayable fine for stealing a $2 loaf of bread to feed her “starving granddaughter.”

That one was too much even for the Washington Post. Shoplifters usually aren’t arrested in Minneapolis and those who are are typically sentenced only to attend a three-hour class. Called to task on her story by the interviewer, Rep. Omar managed, “[T]hat’s what I remember.”

Upon coming to New York City as a child, Omar recalls being disappointed to find it “cramped, dirty and populated by panhandlers.” When confronted with his apparent distortions of the truth, her father explained, somewhat vaguely, “We’re not in our America yet.”

Hearing Ms. Omar’s unrelenting attacks on the America that took her in, it’s clear she’s never yet made it to her America, and God willing never will, as it would no doubt be one that is under the iron heel of Sharia law.

On his July 9 Fox News program, in response to Omar’s rants and after reviewing her history,  Tucker Carlson said the following: 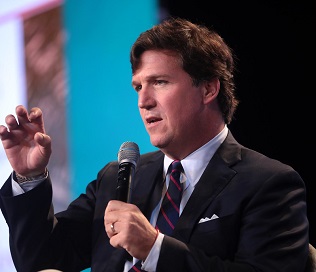 “Omar isn’t ‘disappointed’ in America. She’s enraged by it. She has undisguised contempt for the United States and its people. That should worry you and not just because Omar is now a sitting member of Congress. Ilhan Omar has become living proof that the way we practice immigration has become dangerous to this country. . . . Maybe that is our fault for asking too little of our immigrants. We aren’t self-confident enough to make them assimilate so they never feel fully American. Or maybe the problem is deeper than that. Maybe we are importing people from places whose values are simply antithetical to ours. Who knows what the problem is, but there is a problem and whatever the cause, this cannot continue. No country can import large numbers of people who hate it and expect to survive. The Romans were the last to try that with predictable results. So be grateful for Ilhan Omar, annoying as she is. She’s a living fire alarm, a warning to the rest of us. We better change our immigration system immediately or else.”

This bold statement has predictably brought a chorus of rage from the media and elsewhere, with the usual demands for Carlson’s head or at least his dismissal. The congressperson herself responded by tweeting the charge that Carlson is a “racist fool.”

Ironically, Omar’s right about America,  in a way.  An America that tolerates the likes of her in its national assembly is not an America we want. Let’s be grateful that on the other side there are voices like Tucker Carlson’s. Long may he thrive.

For more, see Breitbart News and the Washington Post.